Here Carl, Just so you can feel real bad, we had lots of fun after. All the people Mom loved were there (except you of course). We laughed, told stories and sang. It was nice to see everyone and it was amazing that so many came. We had a party after prayers and watched a slide show, then went to Chris's the next day after the funeral. Chandra said Mom would have been annoyed if she knew anyone went out of their way to come, and she is right, but they came anyway and it was great. Lots of stories told about you by the way. Russ told some dandies about you and him in Calgary. 6 big grandsons carried Mom to her final resting place. Nick, Nathan, Stephen, Adam, Tyler and Brendan. She would have been proud!

Here are a few pictures taken at Chris's after. Quality is bad, not sure why. Anyway we missed you. Hope you are OK, as I know she is. 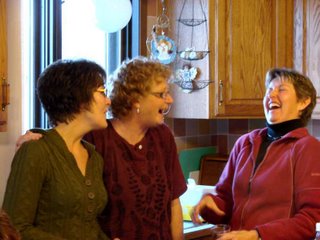 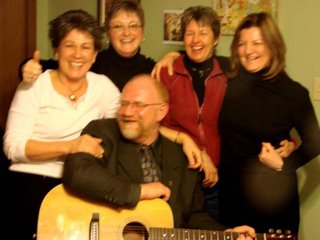 The 1955s
Mary Anne, Margie, Joanne, Donna and Clem
Sorry about the picture 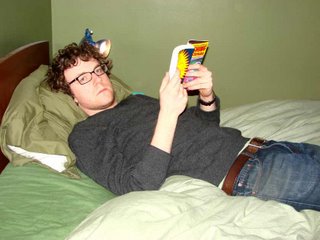 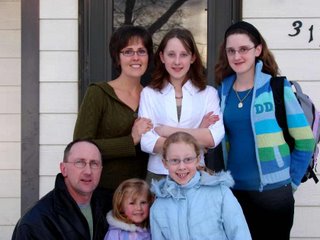 Posted by Scratchings in the Dirt at 7:37 AM No comments: 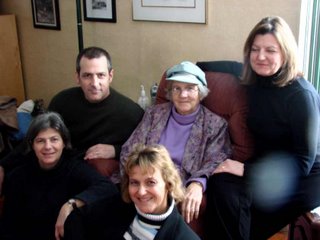 Aunt Jean Snell's crew all made it! 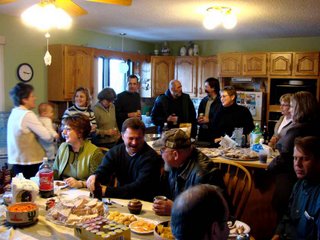 Gathered at Chris's house after! 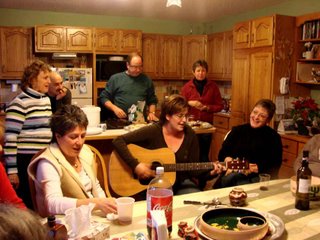 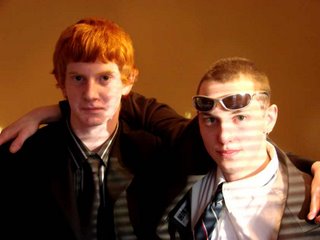 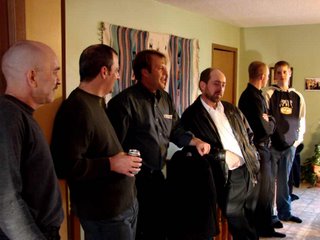 The support everyone showed is amazing. Thank you everyone!
Posted by Scratchings in the Dirt at 7:06 AM 1 comment:

Clem
Posted by Scratchings in the Dirt at 1:31 PM No comments: 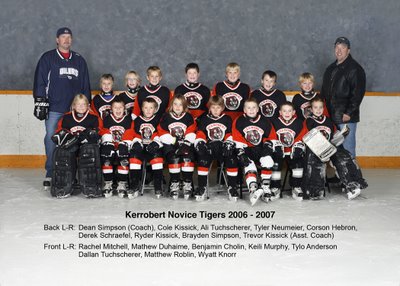 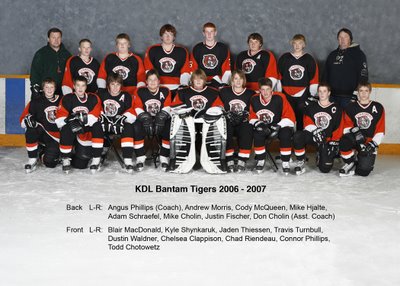 Adam's team
Look for the big boys in the middle back
Posted by Scratchings in the Dirt at 2:35 PM 2 comments:

We survived the big storm today. Huge winds - gusting at least 60 km/hr - and some snow made for an interesting day. Clem took the boys in to school this morning, but we probably should have kept them home. The afternoon buses were canceled, so then we had the problem of getting them again. It quit snowing about 3 pm, so Clem went back in and got them. I was the storm-stayed one - pj's all day, and loving it! It's supposed to get very cold over the next few days. I don't know why we are always so surprised that it is cold in Saskatchewan in January!

We took Marj home from the hospital yesterday. She was in there for over two weeks, so she was glad to get out. I could hardly keep up with her and her walker on the way out of the hospital! She seems to be managing quite well for now.

It's been hockey-mania here since the New Year started. Derek's Novice team had four games in five days, and he fit in a game at the Atom tournament, as well. Adam's Bantam team has been fairly quiet, but they go to Rosetown tomorrow night, and then have a tournament in Kindersley this weekend. Stephen's Bantam team had their tournament Dec. 29 -31. They had some tough competition, and lost the "C" final. We had another road trip last weekend (they beat both North Battleford and Meadow Lake) and we are off to Tisdale and Naicam this weekend. To fill in the gaps, we like to watch the Flames beat the Oilers (the New Years' Eve special!!)

We had a pleasantly quiet Christmas. Only my mom and dad, my brother, Rob, and his fiancee, Amber, and my brother, Mark, joined us for Christmas supper. But my mom's family loves to get together, so my cousin, Bobbi, invited all who were around to her place for the evening. It was nice to catch up with some of the cousins and "outlaws". My sister, Lisa, called us from Moscow while we were there, and it was so good to hear her voice. My brother, Jason, and his wife, Terri, called from Victoria the next day while we were at Mom and Dad's farm. It was good to hear from them, too. We will all be together in March for Rob's wedding.

I think that's all the news (or at least all you really want to read!) I hope everyone had a great holiday, and that the New Year is treating you well so far. Thanks for stopping by!
Posted by Scratchings in the Dirt at 8:00 PM 3 comments: